Green Automotive Company, headquartered in Newport Beach, CA, is a vertically integrated specialty vehicle design, engineering, manufacturing and sales company focusing on zero and low emission technology solutions
primarily for the emerging regular route back to base electric vehicle (EV) markets throughout the U.S. and Europe

Through Newport Coachworks, Inc., a wholly owned subsidiary with a 20,000 sq. ft. production and assembly plant in Riverside, CA, the company currently manufactures highquality conventionalfuel shuttle and limousine
buses, mainly fulfilling an order valued at approximately $20 million for 432 vehicles to be delivered by December 2014 to Don Brown Bus Sales, Inc., one of North America’s leading bus distributors based in Johnstown, NY.
The company delivered the first bus under contract in April 2013, completed tooling for the manufacture of all four different models on order by August 2013 and is currently ramping up for full production.

Through its whollyowned U.K.based subsidiary, Liberty Electric Cars Ltd, the company designs and develops next generation electric drive train tech- nologies and other proprietary modules for in house EV production and potential sales to OEMs for incorporation into their models. Leveraging several decades of combined EV experience of its U.K. engineering team, the company is developing an all electric shuttle bus to be produced in Riverside, CA and introduced for the regular route, intra city transit markets in the U.S. and Europe by February 2014. 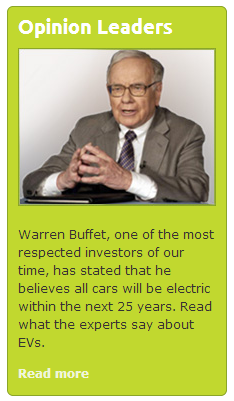 Trading over the counter under the symbol GACR, the company is posi-tioned to capitalize on the natural synergies across its revenue producing and emerging business segments to gradually consolidate its position in one of the most important rapidly growing transport sectors through organic growth and acquisitions