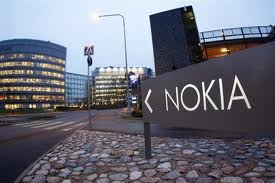 Nokia Corporation (ADR)(NYSE:NOK)’s determined efforts to swing the door wide open in the smartphone segment are yielding results. According to research firm StatCounter, the share of Windows phones in Finland is now close to 19 percent after only a year of being launched in the country.

Most of the Windows phones are of course Nokia handsets.

The statistics are based on aggregate data collected by StatCounter on a sample exceeding 15 billion page-views per month collected from across the StatCounter network of more than 3 million websites.

According to the data, Apple’s iOS is at the top with a market share of 34.95 percent, second is Android with 32.65 percent and Windows-based phones have leapfrogged to 18.88 percent.

The data shows that the gains made by the Windows phones have been at the expense of Nokia’s Symbian platform, which is being slowly phased out and held a market share of 17 percent last year.

While iOS has shown a dip from last year, Android has held on to its market share.

Microsoft and Nokia came together in 2011 with the first of Nokia’s Lumia range of phones.

Windows Mango operating system, somehow could not gain the kind of popularity that it was looking for and it looked like the Finnish handset maker had made an error in choosing its platform partner.

However with Windows Phone 8, Nokia’s Lumia phones are looking and performing much better and both the companies seem to have improved much on their previous products.

While Windows Phone is making a slow and painful rise in the US, other markets like Germany, Poland and UK have seen a strong uptake.

Yahoo! Inc. (NASDAQ:YHOO): Plans To Shut Down 7 Other Products